Last week, eight Atlanta residents were killed at three spas in the metro area. Six of the victims were Asian women. The city is in mourning, and citizens are coming together to show solidarity with Georgia’s Asian community.

If you’re looking for ways to support the state’s Asian community, here are a few local organizations that provide the resources:

On to more metro news: 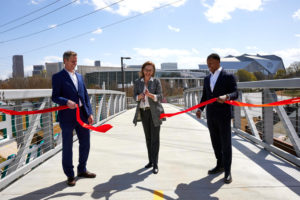 The Westside BeltLine Connector (WBC) is officially open for anyone who wants to walk, roll or soak up the sun.

The project is a partnership between the PATH Foundation, the Atlanta BeltLine and the City of Atlanta Parks Department. The 1.7 mile WBC, found at the intersection of Northside Drive and Ivan Allen Jr. Boulevard, is just a piece of the larger picture — a 10-mile connection from PATH’s Silver Comet Trail in Cobb County.

Once completed, the trail will go north of the Chattahoochee River and continue to the existing Silver Comet Trail extending into Alabama. The finished product will make Atlanta the only major U.S. city with a trail stemming from its city center and leading 100-plus miles into a neighboring state, according to a press release.

The WBC will include 17 acres of linear greenspace and accessibility to Downtown, English Avenue, Westside Park and the Bankhead MARTA station.

Contributors to the project emphasize that the trail will bring health, community and job resources.

“This new trail segment is an unprecedented connection for the Atlanta BeltLine, tying together some of our most under-resourced neighborhoods, several emerging job centers, and our expansive network of parks around the loop. The Westside BeltLine Connector links directly to Downtown, one of the nation’s most robust and established tourist and convention hubs that hires thousands of Atlanta residents annually,” Clyde Higgs, president and CEO of Atlanta BeltLine, Inc., said in a press release.

The WBC also serves as PATH’s 300th mile during its 30th anniversary year. 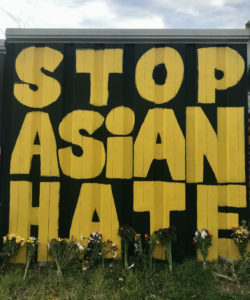 Civic Walls, an organization that uses art to empower and connect Atlantans, and Bad Asian, a community organization creating safe spaces for Asians in the South, joined forces to paint two murals to honor the eight lives lost in shootings at three metro spas last week. Six of the victims were Asian women.

Organizations, volunteers and area residents painted the murals by the Krog Street Tunnel in Atlanta last Sunday, March 21. The idea is to use art to foster healing, community and solidarity. 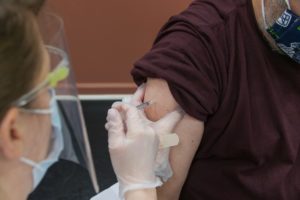 Georgians 17 and up eligible for vaccine from Thursday

The state has two websites to register for vaccine appointments:

It also has a list of other sites that provide vaccines:
https://dph.georgia.gov/locations/covid-vaccination-site

Kemp also announced on Tuesday that this week, the state Department of Public Health is sending 70% of the state’s vaccine supply to north and metro Georgia, where demand is higher than in south and central Georgia.

Two weeks ago, Kemp came under fire for suggesting that metro Atlantans drive to south Georgia where appointments are going unfilled.

Google expands its reach in Atlanta

Google confirmed its expansion in Midtown, preparing to occupy 19 stories of 1105 West Peachtree. The 32-story building is set to be completed by 2022.

In 2019, the tech giant signed a lease for five floors with the option for expansion, according to Atlanta Business Chronicle, and now has expanded to take up a majority of the 32-story building.

The building also received a controversial property tax break worth $16 million over 10 years from the Development Authority of Fulton County. Critics, like Atlanta City Council, say the hot Midtown office market is not where the county needs to give incentives for growth.

News of the expansion comes after the company’s announcement to invest $7 billion into its offices and data centers. The tech powerhouse will also use the funds to create 10,000 new full-time positions in Atlanta, New York, Chicago and Washington D.C.

“We see Atlanta as a place full of potential, creativity, innovation and entrepreneurship, and a place that continues to attract talented people as well as fast-growing companies that are making an impact,” Google Atlanta Co-Site Leads Hetal Joshi Gordon and Matthew Pritchard said in a press release. “We’re proud to be a part of the vibrant ecosystem and economy here, and as we grow, we remain committed to supporting the local community and deepening our engagement, from workforce development to nonprofit support to STEM education and creating economic opportunity for everyone.”

Outdoor summer fun to be allowed for up to 1,999 people 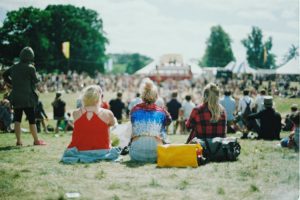 Outdoor gatherings of less than 2,000 people are now allowed in Atlanta. (Credit: Unsplash)

Atlanta is lifting its ban on outdoor events for less than 2,000 people after May 15, Mayor Keisha Lance Bottoms announced via executive order on Monday.

Event organizers still have to apply for a permit and follow COVID-19 rules.

She also announced that outdoor basketball goals will be reinstalled at all city parks by April 1, weather permitting.

Hooker leads the state agency that does infrastructure planning for the 10-county Atlanta region, and Georgia Senator Raphael Warnock asked him to talk about transportation infrastructure.

During his presentation, Hooker doubled down on what regional commissions do and why they’re important. He had some specific suggestions for Congress.

For one, continue to support regional organizations like the ARC that bring counties and cities and everybody else together, regardless of county lines or city limits, to work on transportation planning.

For another, pay attention to freight and logistics. The economy depends on freight movement, but everybody’s got to share the roads somehow.

Another, take into account quality of life and equity when it comes to major transportation funding.  And don’t forget electric car infrastructure. Electrification of the transportation system is coming.

Hooker emphasized the connection between accessible transit and the resources that it provides for residents. He cited the increased housing costs in the city, in which nearly one-third of homeowners and half of renters are cost-burdened, meaning they spend 30% or more of their income on housing expenses.

Piedmont Park’s Green Market opens this weekend. Small businesses and local farmers offer their produce, jams and artisan goods. The market can be found at the corner of 12th St. and Piedmont Ave. NE. The market is open every Saturday from 9 a.m. – 1 p.m. through November. Customers must follow CDC COVID-19 protocols.