MARTA has started the process of transforming the Five Points Station into a transportation hub to serve the planned mini city to be built at The Gulch.

The contract to tear down and rebuild the station could prove to be incredibly competitive. The work is being paid for with proceeds of the More MARTA 0.5% sales tax. 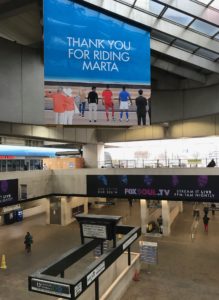 The signature atrium at MARTA’s Five Points Station is to be eliminated in the station’s retrofit. Credit: Kelly Jordan

Nearly 120 representatives of the biggest names in facilities and mobility construction attended a March 24 pre-bid conference hosted by MARTA, according to a sign-in sheet. April 19 is the deadline for companies to submit their statement of qualifications. A handful of the companies who sent representatives include:

The task is enormous. Just two complexities include:

The station is to be fully functional by the time of the 2026 FIFA World Cup. The station will be a centerpiece of mobility for the potential crowds if Atlanta is selected as one of U.S. host cities. Atlanta submitted its formal bid for the event in December 2020. 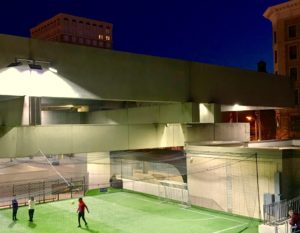 That was before Major League Baseball withdrew this year’s All Star game from the Braves’ ballpark in Cobb County to protest Georgia’s newly enacted law regarding voting procedures. The future of other major events in the region and state is unclear. The Masters Tournament is continuing this week at Augusta National.

Meanwhile, MARTA confirmed Tuesday that it intends for the soccer field to reopen inside the Five Points Station after construction. MARTA is looking into possible off-site alternatives for play during the construction period.

MARTA has been an enthusiastic supporter of Soccer in the Streets, which provides organized soccer play for youngsters. Transit stations serve as the home base for teams, and the competitive league is slated to resume later this summer as COVID-19 allows. The Five Points Station hosts a StationSoccer pitch, said to be the world’s only soccer field inside a transit station. 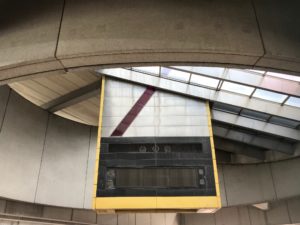 The structure that holds up the canopy and this sign at MARTA’s Five Points Station is embedded in the rock beneath the station. Credit: Kelly Jordan

The major challenge in the retrofitting project is dealing with the massive canopy that covers the structure and is embedded in the rock beneath the station. This is how MARTA described the engineering challenge: 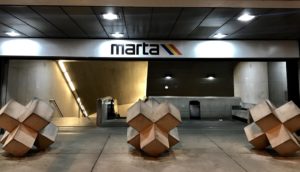 Pedestrian entrances to MARTA’s Five Points Station are to be reconfigured during the station’s retrofit. Credit: Kelly Jordan

Local governments shouldn’t weigh in on the appearance of houses, according to some Georgia lawmakers
Maggie Lee February 22, 2019 3:26 pm