A Trump presidency and a bullet train between Atlanta, Chattanooga 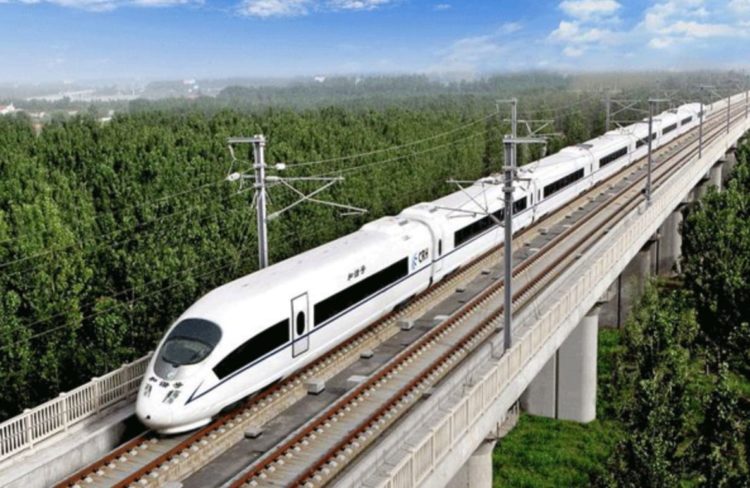 President-elect Trump’s plan to spur $1 trillion in infrastructure investment may coalesce just as the finishing touches are made to the proposal for a high-speed railroad to connect Atlanta and Chattanooga. 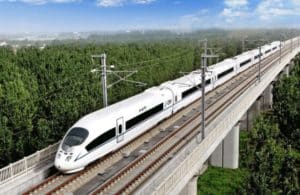 It’s clearly premature to speculate whether the bullet train would ever be funded. The cost could top $10 billion, depending on the route. Not to mention that Trump and Republican congressional leaders disagree over the importance of infrastructure funding.

Trump put infrastructure on his project list for his first 100 days in office. According to Trump’s “Contract with the American Voter,” his administration will introduce and fight for a law that “[l]everages public-private partnerships, and private investments through tax incentives, to spur $1 trillion in infrastructure investment over 10 years. It is revenue neutral.”

In his 2015 book, Crippled America: How to Make America Great Again, Trump wrote: 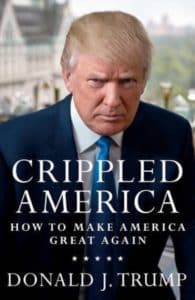 On the flip side, Sen. Majority Leader Mitch McConnell said Nov. 9 that infrastructure is not a top priority, according to a report by npr.org.

All that said, the Atlanta-to-Chattanooga project has just completed a major administrative step in a process that started officially in 2007. The draft environmental impact statement has been completed and the public comment period on the draft statement has closed, as of Nov. 22.

Three possible routes have been identified. Travel times from Atlanta’s airport to downtown Chattanooga range from 88 minutes to 102 minutes, depending on the route. The main decision to be made is whether to route tracks through Rome or Chatsworth. Multiple stations are to be built along whatever route is selected. 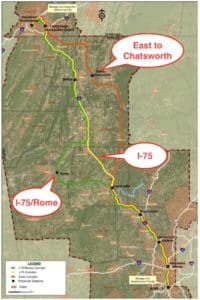 Three potential routes were chosen for a proposed train to link Atlanta’s airport with downtown Chattanooga. The preferred route is to stay along the I-75 corridor. Credit: dot.ga.gov

The next steps, once funding is provided, are for a preferred route to be selected and for a final environmental impact statement completed. This work is to be completed by the Georgia and Tennessee departments of transportation. GDOT likely will do most of the heavy lifting because most of the route passes through Georgia. The Federal Railroad Administration is to sign off on the route agreed to by the two departments.

Once this step is complete, these three entities will evaluate the potential alignment of the preferred route and prepare a final environmental impact statement.

Meanwhile, engineers will be evaluating the technology to run the train. The two options are steel-wheel technologies and maglev. Maglev, or magnetic levitation, uses magnetic fields to cause the train to glide above the rails.

Either way, the goal is for trains to travel at or above 180 miles an hour.

During the past nine years, engineers identified and evaluated 15 potential alignments of the proposed railroad. This list was narrowed to three potential alignments, plus a no-build alternative, and the draft environmental impact statement was created. This is the document for which public comment closed Nov. 22.

The evaluation of alternatives states: