Breaking through the Perimeter: PATH400 to link BeltLine, areas north of I-285 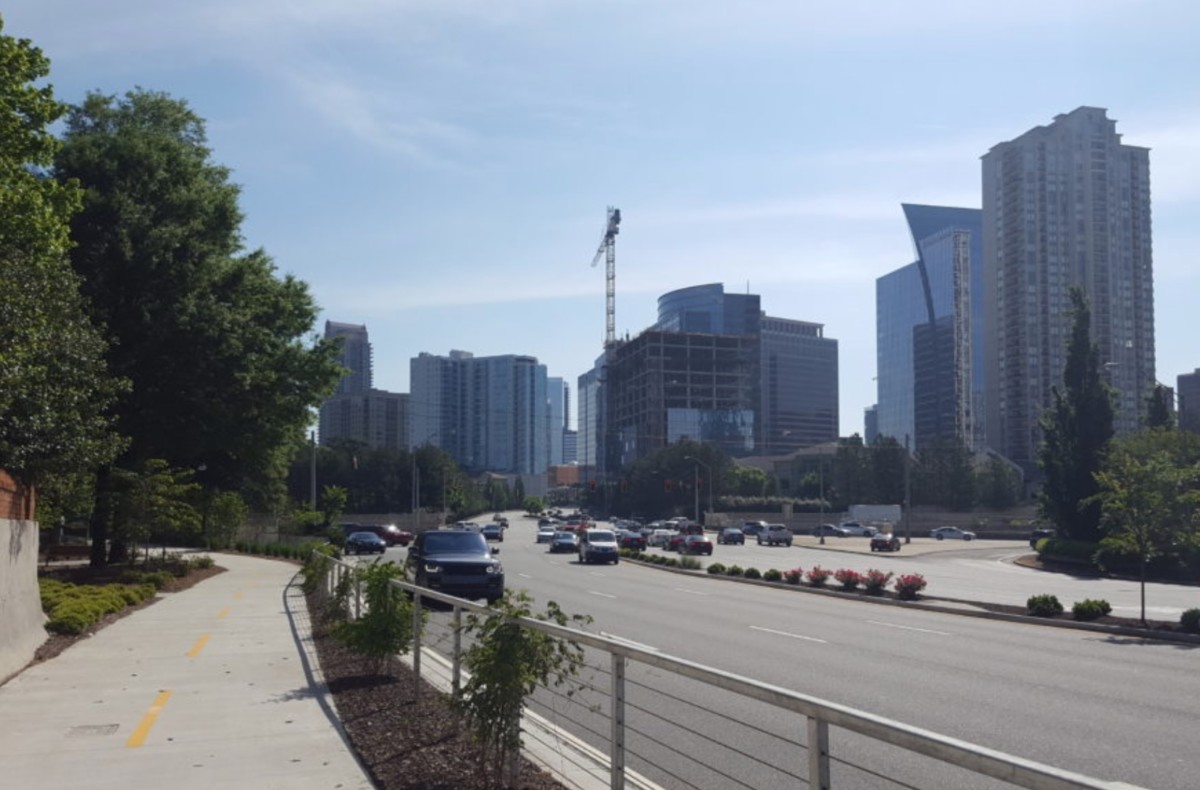 PATH400 is soon to embark on an extension through the I-285/Ga. 400 interchanges, a route that will require even more attention than was required to thread the trail through the Lenox commercial district. Credit: path400greenway.org
Share307
Tweet
Share
Pin
Pocket
WhatsApp
Buffer12
Email
Reddit
319 Shares

A huge hurdle has been cleared that is to enable PATH400 to connect Atlanta’s BeltLine with Sandy Springs and, possibly if not eventually, the growing trails system north of I-285. As PATH Foundation noted of this first step: “Federal dollars are involved so it won’t happen overnight, but it’s coming.” 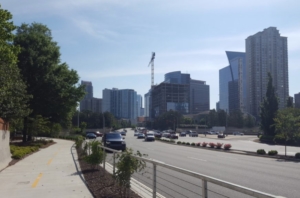 PATH400 is soon to embark on an extension through the I-285/Ga. 400 interchanges, a route that will require even more attention than was required to thread the trail through the Lenox commercial district. Credit: path400greenway.org

The breakthrough involves the final funding for planning necessary to thread PATH400 through the massive interchange being reconstructed at the intersection of I-285 and Ga. 400. PATH400 is a mixed-use trail being built in the right-of-way of Ga. 400, from near MARTA’s Lindbergh Station to, for now, Sandy Springs.

As PATH described the technical solution already approved by the Georgia Department of Transportation and which, on Jan. 22, secured final funding from Atlanta:

The alignment involves continuing PATH 400 northward, between the highway and established homes with politically savvy neighborhood leaders; past the medical complex dominated by Northside and Emory St. Joseph’s hospitals; and through the interchange into Sandy Springs and a stopping point south of Johnson Ferry Road, perhaps near Hammond Park.

The project is as much a political challenge as it is one of engineering.

The additional partners include PATH and Livable Buckhead, which are building the first-of-its-kind trail in Georgia; and the state and federal Departments of Transportation, which are providing right of way and funding for the planned extension. 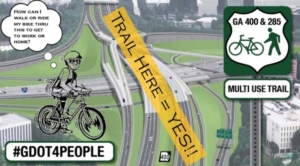 Nearly four years after advocates called for pathways through the I-285/Ga. 400 interchanged, the final funding is in place for preliminary engineering for the pathway. Credit: bikedunwoody.org

The Atlanta City Council was the latest to get on board.

The council on Jan. 22 voted for dual-action bill – the city accepted a total of $81,519 from PATH and Livable Buckhead, and forward the money to Sandy Springs.

The sum represents Atlanta’s share of the money needed to pay for preliminary engineering to extend PATH 400 into Sandy Springs, according to the legislation (18-O-1797).

Terms call for each city to pursue on its own the construction of any plans devised through the preliminary engineering process. Atlanta retains the opportunity to renegotiate the deal if its share of engineering costs are to escalate above the current limit.

Sandy Springs officials are to lead the overall project, according to the legislation

Sandy Springs has already entered into agreements with GDOT for the preliminary engineering. Sandy Springs has signed a deal with Heath & Lineback Engineers, Inc. to handle survey and design responsibilities.

The Marietta-based firm already is working on an adjacent stretch of the BeltLine.

Previous Article
Podcasts are on the rise, and for great reason
Next Article
NFL announces launch of “Inspire Change” Initiative