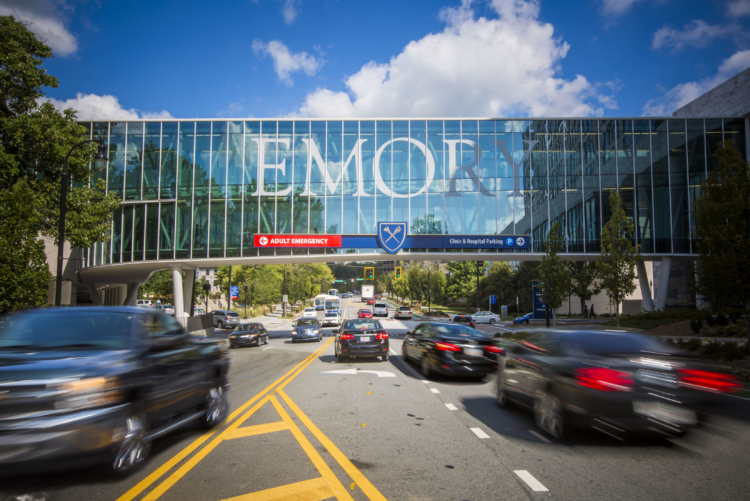 The Clifton Road corridor has become a congested thoroughfare serving Emory University and surrounding institutions in the years since a transit line to the area was included in the region's 1961 transit plan. File/Credit: Susan Chana via Emory University

As far back as 1961, transportation planners at the predecessor of the Atlanta Regional Commission had the foresight to anticipate where MARTA rail lines would best serve the metro region’s transit needs, years before construction began in 1975 on the heavy rail system.

The map they produced with their recommended rail lines included a spur extension to serve what was already a major employment center that included the Centers for Disease Control and Prevention, Emory University, Children’s Healthcare of Atlanta at Egleston and the Veterans Administration Medical Center. 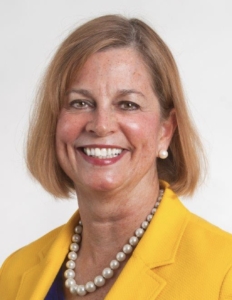 Why is this transit line so significant for Atlanta and the metro region? It would connect wide areas of the city and intown communities to a critically important employment center that is still not served directly by MARTA rail or the interstate system. The Clifton Corridor has continued to see massive growth with the CDC – the largest federal agency headquartered outside of Washington – and Emory, now the largest employer in Atlanta with an annual economic impact of $11.4 billion.

But it’s not just about the transit service this connection would provide for close to 30,000 employees who work along the Clifton Corridor, the 15,500 students and the numerous health care patients and their families who travel to the area every day. It would also open up access to thousands of job opportunities at the CDC, Emory, the VA Medical Center and other institutions and businesses for residents throughout the City of Atlanta and the metro region.

Many cannot afford to live close by, or drive to, the Clifton Corridor area, and a rail connection into the MARTA system would help promote equity and regional mobility by connecting workers to jobs that otherwise would be out of reach. Atlanta area households spend almost 19 percent of their budgets on transportation costs, with over 94 percent spent on buying and maintaining private vehicles – well above the national average of 16 percent in household costs. Rail transit would substantially reduce transportation costs, allowing workers to allocate these savings to other expenses such as housing and food. 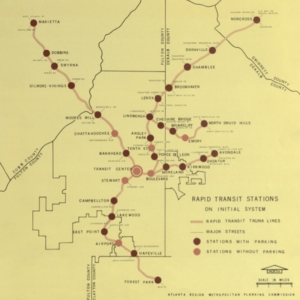 Recent data from the ARC forecasts the largest growth in jobs over the next few decades will be in the healthcare sector, with scientific research and technology closely following. With the metro region’s top academic research universities fueling a growing life sciences industry, Atlanta has a unique opportunity to be a world leader in the biomedical/biotech arena.

The Clifton Corridor Transit Initiative would provide ease of connectivity for enhanced collaboration across academic institutions and the opportunity for increased economic development and innovation. Job growth in Georgia’s life sciences industry increased almost 15 percent over the past decade, double the national average, and is expected to continue to rise. These are the jobs of the future and access to them should be available to all citizens.

The planning for rail to the Clifton Corridor has been going on for years.

In 1998, the Clifton Corridor Transportation Management Association was formed by Emory University and its healthcare institutions, the CDC, CHOA, VA Medical Center, Emory Conference Center Hotel and other businesses to address the significant transportation challenges in the Corridor. The CCTMA began working with MARTA to explore transit opportunities, providing funding for initial studies and worked with members of Georgia’s congressional delegation to secure federal funding for the feasibility study of the CCTI.

MARTA has continued to study the CCTI for almost two decades, committing a huge investment in funding, planning and community engagement, while advancing the project through the federal process, where it is viewed as a strong contender to compete with other projects from around the country for limited federal funding. 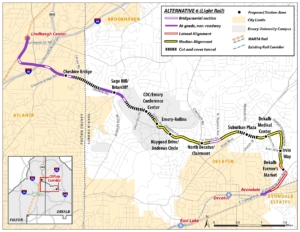 MARTA is currently conducting the Environmental Impact Study and envisions the route seen in this 2018 map as the light rail connection from the Lindbergh Station to the Avondale Station, providing service to many stakeholders along the 8-mile route. Credit: Emory University

Since the passage of the More MARTA 0.5-percent sales tax in 2016, there has been a renewed focus on the importance of a world-class city having a world class transit system, with future expansion projects based on fundamental principles and criteria that support a unified system.

MARTA, local transit authorities and jurisdictions, the ARC, Georgia Regional Transportation Authority, Georgia Department of Transportation and the recently established Atlanta-Region Transit Link Authority (the ATL) have been working together toward a more regionally unified and better connected transit system – one that will promote collaboration among current and future transit partners, drive economic growth by providing better access to jobs across the region for a diverse and talented workforce, and attract new business and expansion opportunities.

What’s next? In December, the ATL, in agreement with the Atlanta region’s transit and planning agencies, is slated to approve a regional transit plan based on thoughtful, professional and collaborative evaluation that will help to guide transit projects and improvements going forward. Projects that promote cost-efficient transit service, are financially feasible for federal funding and enable regional economic opportunity and growth, will emerge from this plan. Rail to the Clifton Corridor is well-positioned and long overdue to be MARTA’s first major expansion in two decades.

This will be an important first step toward a world-class transit system that will support the needs of a rapidly growing international city. The CCTMA applauds the huge commitment of time and resources that have gone into this planning process.

Note to readers: In addition to serving as president of the Clifton Corridor Transportation Management Association, Betty Willis serves as executive director the Clifton Community Partnership, and as senior associate vice president of government and community affairs at Emory University. 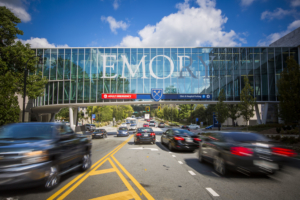 The Clifton Road corridor has become a congested thoroughfare serving Emory University and surrounding institutions in the years since a transit line to the area was included in the region’s 1961 transit plan. Credit: Kay Hinton via Emory University